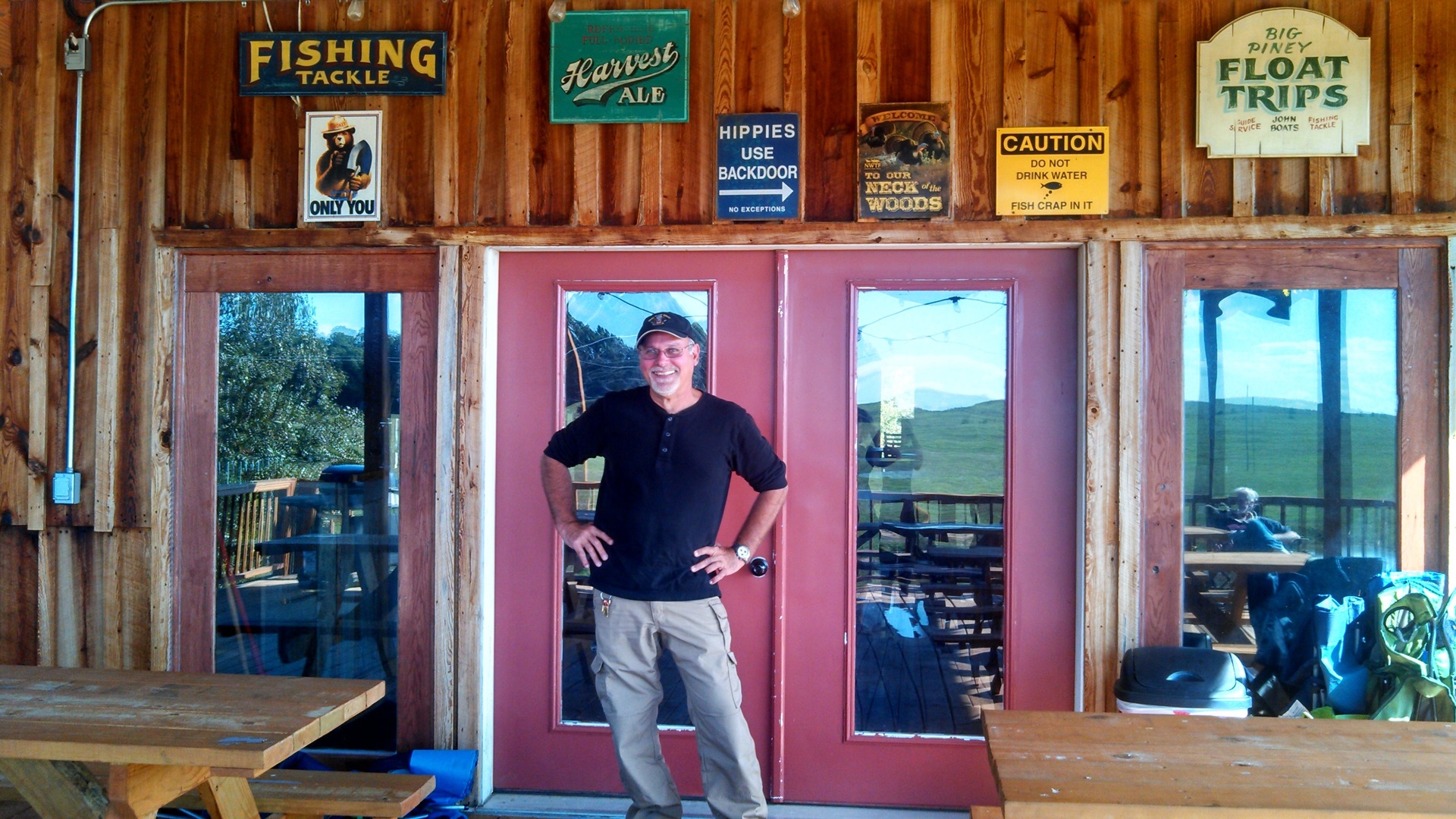 Nathan Jones is one unique individual. He’s been living and working off-grid for 21 years. The energy he uses to power his 50-acre ranch and manufacturing operation is run strictly on solar renewable energy. That’s why we call him The Solar Power Dude.

Like many self-made entrepreneurs, Nathan’s curiosity and self-reliance was a driving force in his life. He wondered, Why do we build all our homes and businesses that require an umbilical cord to be habitable? Why don’t we build structures that are self-sufficient?

While building his own home he didn’t want to be dependent on the local utility, so he started learning how the solar equipment worked and could be integrated into his home. He hooked everything up and it worked!

Nathan freely admits he was in the right place at the right time. When Y2K became an event, word of mouth led to his first business venture, Missouri-based Power Source Solar, building solar power systems.

For those too young to remember, Y2K was a phenomenal event in the solar renewable energy world. At that time, renewable energy was still in its infancy, so a lot of the technicians and engineers at the factories were the ones who answered the phone when Nathan called.

Many of them took Nathan under their wing and spent time answering his questions, illustrating how things worked and explaining why they built systems the way they did.

“I was a sponge absorbing what I could from people who knew a lot more than me,” said Nathan.

“I live in the Missouri Ozarks which is a pretty rugged part of the country and a huge survivalist mecca. There was a huge influx of people with the ‘end of the world’ mentality or what I refer to as ‘the fanatic fringe.’

“We built a huge amount of solar/renewable systems using the technology and equipment we had at the time. Batteries were much cheaper than they are today and the cost of solar panels was horrifically expensive.

“So those types of systems tended to have very small solar arrays, massive battery banks and they always included a generator. People using these systems operated in a feast or famine mode. When a generator was running and doing a charge on the battery bank, you had a lot of electricity to pump water, do the laundry, run the dishwasher, take a shower, lounge in the Jacuzzi, run the equipment in the shop and do all the things you needed to get done. Then you shut the generator off and you went into survival mode.

“You used all the solar you had and then robbed the shortfall from the battery. Usually, we tried to size our systems out for about 72 hours. Then the cycle would begin again once the generator was fired up for another five or six hour charge time on the battery bank and that gave you five or six hours of a lot of spare capacity of electricity to allow you to take care of heavy loads again and then you go back into survival mode on the battery and solar.

“The Y2K folks weren’t concerned about energy efficiency. They were more interested in a survivalist lifestyle.”

Nathan’s been in the renewable energy industry from the beginning, so he’s seen the industry evolve and change. Batteries have gone up in price tremendously. Solar has come down proportionately. So the battery banks have gotten smaller; the amount of solar has grown larger, and generators, by and large, have moved to an absolute backup scenario instead of being an integral part of the system like they were back in the day.

As the industry grew and evolved, so did Nathan’s business and influence within the industry.

Net metering is a way for a consumer to put solar panels on their home and back feed it into the house’s electrical panel while at the same time the utility is back feeding it into that same panel.

Essentially, electricity from the solar panel and the power grid meet in your electrical panel. You use your solar production first and if you’re short, you buy the surplus you need from the utility. If you have surplus generation, then the solar just back feeds into the electrical grid and runs your meter backward. The consumer gets a credit.

When night falls, you run the meter forward until it gets back to where it started. The homeowner still doesn’t owe the utility any money. This cycle continues until at the end of the month, the utility bill is based on the difference between those two meter readings regardless of what happened throughout the month.

During this time, Nathan became a board member of the Missouri Solar Energy Industries Association. They worked with utility companies around the state as well as the Public Utility Commission to establish the rules, regulations, and requirements to address both the political and practical side of making this new law work.

The Association also established the Renewable Portfolio Standard (RPS) which required the investor-owned utilities to meet 15% of their generation with renewable energy. In order to meet that requirement, the utility companies created a rebate as an incentive.

“What that did was bring the industry out of its infancy and into maturity and it brought prices down” which sparked the renewable energy market in Missouri, Nathan said.

Solar Dock Power Spins Into Its Own Universe 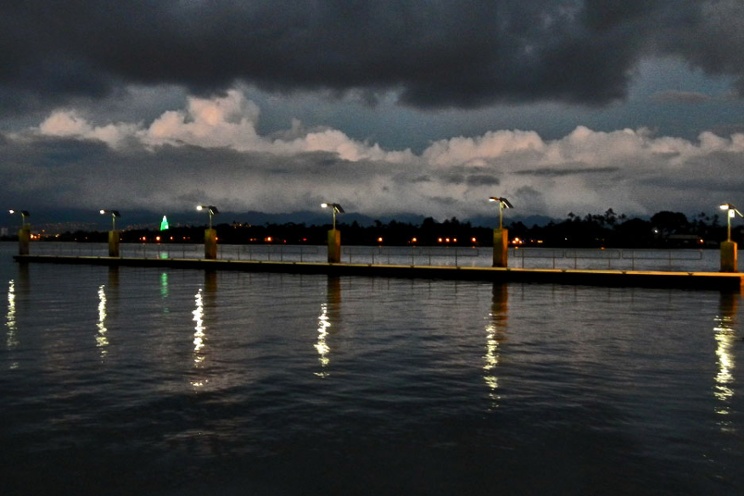 According to Nathan, after Y2K became a non-event, the solar industry pretty much “collapsed.” The industry had geared up for volume and “it was over in a day.”

“I really didn’t want to go back into what I’d been doing but neither did I want to be in a business that required a perceived end of the world crisis to motivate someone to do anything,” Nathan said.

He started looking for a business he could create that had a ready market. Two events converged that led him to Solar Dock Power. First, he read a report about an electrocution that happened on Lake of the Ozarks and realized how it had happened and, secondly, a friend of his moved a boat dock onto some property but had no way to get electric power to it.

“Why don’t you run the thing on solar power,” Nathan said.

And so an idea was born.

He realized that eliminating the connection to the earth would have prevented the man on Lake of the Ozarks from getting killed and started zeroing in on the benefits of what solar dock power entailed. His overpowering thought was “We need to do this.”

Nathan started prototyping some systems, doing development work, testing equipment, finding out what it took to make things work. He finally got a system put together, approached an engineer who produced a schematic, then went to the U.S. Army Corps of Engineers and spoke to one of their electrical engineers.

“After an eventful battle, they acquiesced and allowed me to proceed with what I was doing,” Nathan said.

Eventually, he started speaking at a number of local conferences on the solar dock power concept. From the local arena, he moved on to the regional stage and then was invited to a number of Army Corps of Engineers’ conferences.

Over time, “they [the Corps] have moved to mandating these systems on all new construction on the lakes, and they are pushing very hard to have all electrical power removed and powered only by renewable energy in our region in the Midwest,” said Nathan.

Derek served as the Project Manager, while Nathan kept up with the manufacturing end of the business. “Derek gave me the time to think and design and develop. I set the bar. Derek raised the bar,” Nathan said. 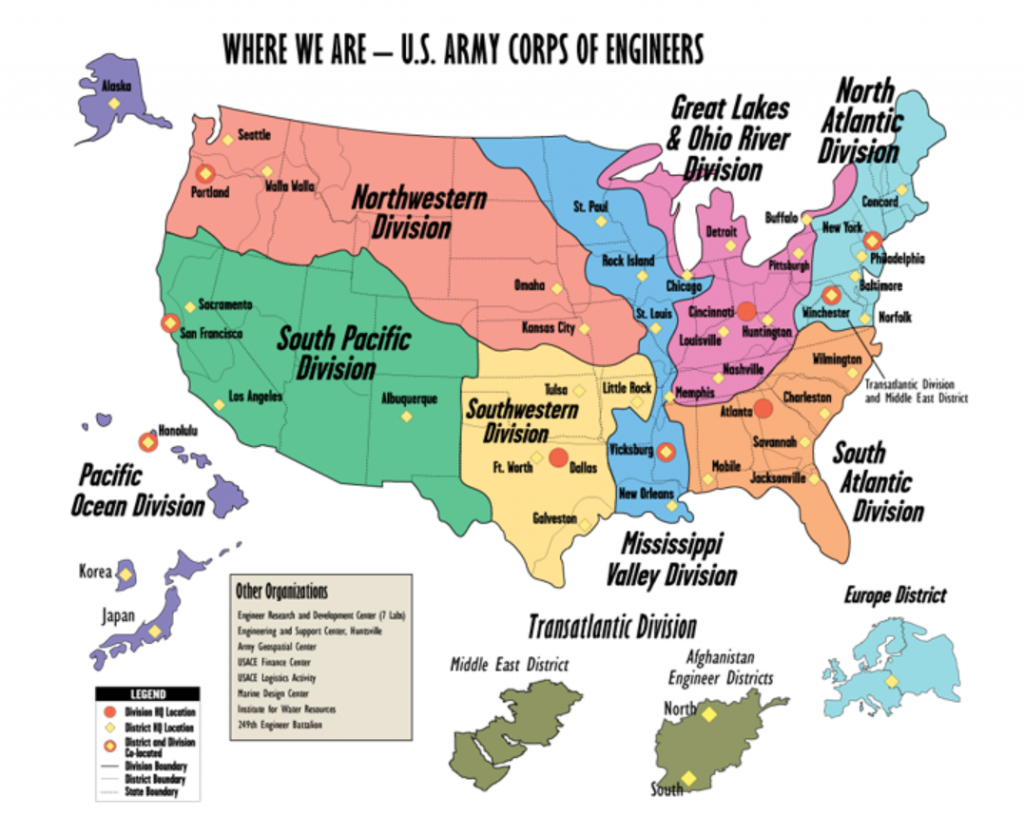 This all started in the Ozarks with the Army Corps of Engineers when they built a system for powering floating facilities on their lakes. Each lake in the U.S. has a governing jurisdictional authority over what happens on that waterway. The Tennessee Valley Authority (TVA) is the governing body in our neck of the woods.

Nathan and Derek knew that once the Corps signed on other authorities would follow. “As the Corps goes, so goes everybody else,” Nathan said.

Nathan has been doing business with Inverter Service Center since 2000. Here’s what he had to say:

“PJ and his crew have worked really hard to find the equipment we’ve needed to stand behind. They supply equipment but they do more than that. They are able to go to the manufacturers and search out what we need. They’re our mouths to those ears. I don’t have access. So they’ve helped us a lot. When I’m in over my head, they always take the time to listen and think how to fix it and how to address the problem.”

What’s next for Nathan Jones?

“We’ve been doing additional R&D, harnessing current technology differently and evolving into a whole other aspect of what we do,” Nathan said.

We know one thing for sure: Nathan puts his money where his mouth is.

We look forward to following you on your journey. Good luck!