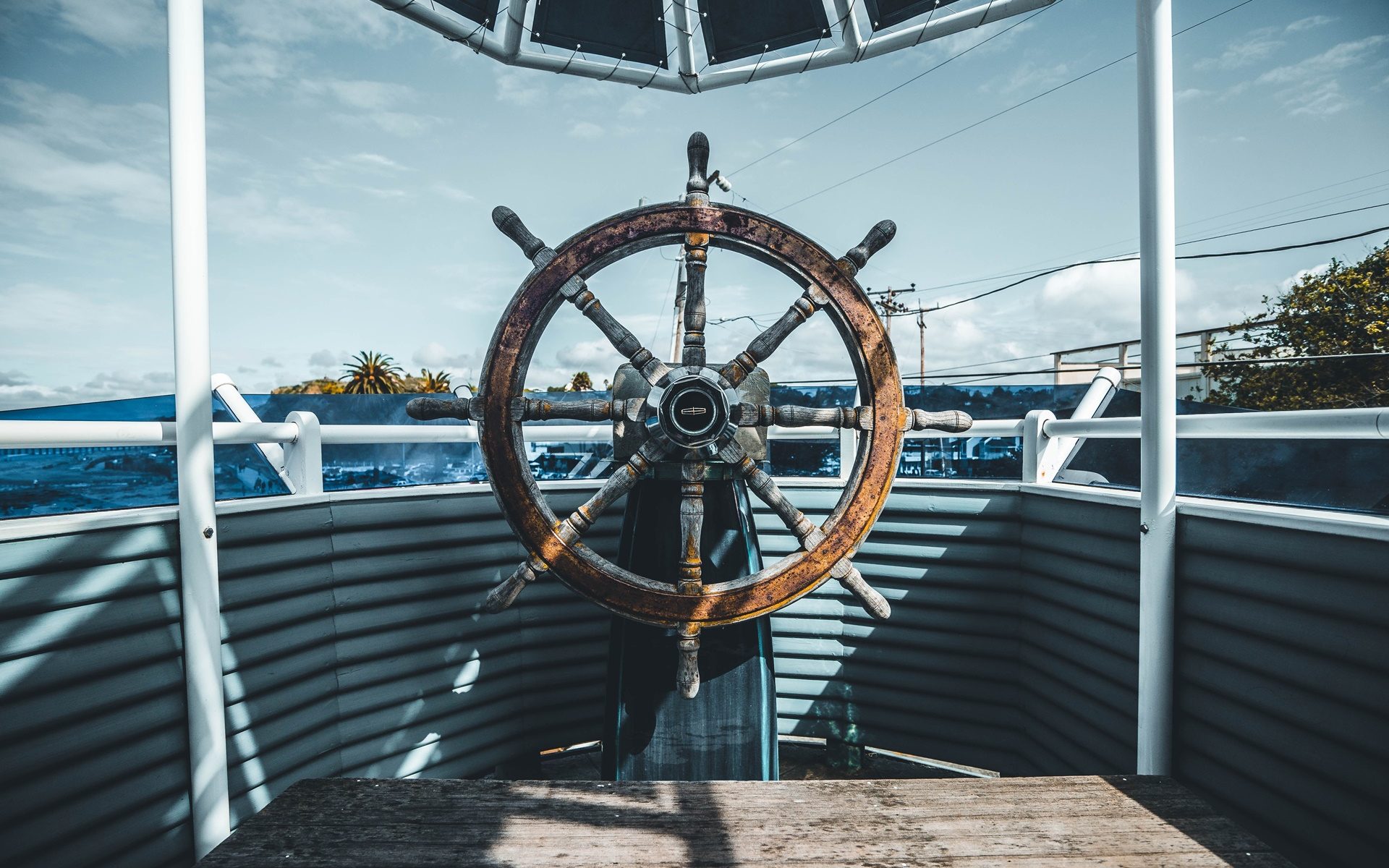 Navigating the marine industry has brought its challenges, but Matt Harvey has never looked back. Born and raised a stone’s throw from Marysville Marine Distributors (MMD) in Port Huron, Mich., he didn’t expect life would bring him full circle 33 years later.

He found that marine engines were a lot cleaner than car engines. Plus, “it was a whole lot more fun being around boats,” Matt said, so he decided to pursue the marine industry.

To that end, he stopped by a local marina where his dad stored his boat, asking if they had any openings. “I would have been happy scrubbing boat bottoms to get my foot in the door,” he said. After months of coming in, the marina owner said, “If you’re serious about going into this business, here’s what you need to do.

“There’s this guy who works for me. He went to this school in northern Minnesota. He can tell you about it.”

In walks Brian Hunter. For those of you who don’t know Brian, he’s been the Branch Manager of our Wisconsin location since 1998 and a Marysville Marine employee since 1984.

Brian was working at the marina where Matt so desperately wanted to work. “You should go to this school. Here’s the number,” Brian said. (Matt rattled off the actual number like it was yesterday!)

Matt wrote to the school. They sent him a catalog. The application was on the back cover of the catalog; you filled it out, tore it off and sent it in. (Boy, those were pre-Internet days!) Matt’s parents drove him to Detroit Lakes, Minn. where he attended the one-year tech program for marine technology. That was spring 1983.

“Brian has been one of those constants in my life. If it weren’t for Brian Hunter, I don’t know where I’d be or what I’d be doing,” Matt said.

The technical school was one of the few schools graduating trained technicians. Marinas around the United States knew about it. When he graduated a year later, there were over 85 job postings for 12 graduates. Matt always wanted to live out west. So when the opportunity presented itself, he followed his desire.

To Reno and Back

His first job was in Reno, Nev. where he worked for a season on Lake Tahoe. It was a fun time in his life. He moved back to the Midwest and worked for a big marine dealership in Illinois as service manager. After three years, Matt yearned to come back to Port Huron and start his own marine repair business.

He partnered with a guy who worked with him at the Illinois dealership. Thirty-one (31) years later, Pro Marine, the business they started is still thriving, but life for Matt had other plans.

Rod Smith, founder and Mark Knust, his son-in-law, reached out to Matt about coming to work for MMD.

As an owner of a marine repair business, Matt bought parts from MMD regularly. They wanted to open a branch in Nashville. The luxury houseboat industry in southern Kentucky was growing and, as a Westerbeke generator distributor, expanding into the South represented a growth opportunity. With inventory close by, they could better serve the majority of their houseboat customers.

Inverter Service Center (ISC) evolved out of the Nashville location. MMD served the marine customer, but word got around to the bus and coachbuilders. Bus builders knew MMD had the switchgear and electrical components they needed. They came to rely on them for parts and, over time, inverter sales and support.

In 1991, Trace Engineering reached out to MMD because they represented the Westerbeke product to the houseboat manufacturers. It made sense seeing how generators and inverters complement each other on larger houseboats. Once MMD had their foot in the door, the bus builders started coming to them because they use inverters on luxury entertainer coaches.

Because inverters are electrical, it was easy to blame them for electrical issues on the coaches. Customers would return new inverters saying they were defective. MMD would box up the product and ship it back to Trace in Washington State. Trace would then test the inverter and find nothing wrong.

“We decided to test the inverters ourselves before shipping them off,” Matt said. “We were able to help the customer understand the problem and save a lot of time and money wasted on freight.” This is about the time PJ Gonzalez stepped up.

PJ started tinkering with things. Then, as the product changed and became more field serviceable, he was a natural fit for that role. From there, the business exploded and ISC was born. The company hit its stride in 2001 when they moved into their current White House, Tenn. location. At that time, ISC had grown to the point it was a three-person operation and was moved to another location due to space constraints.

“The industry’s starting to gain momentum. The big thing that’s going to help drive the inverter business is technology,” Matt said. “They’re so much more efficient now. And the advances in technology allow for many applications.”

Matt explained it this way.

On boats that don’t have a big electrical load, boaters will use an inverter. This allows them to run lights, the refrigerator, the ice maker, and so on. There’s no noise, no fumes, no wear and tear on the generator. An inverter doesn’t take the place of a generator; it’s a great accessory because it works well with a generator.

With advances in technology, inverters are becoming commonplace. You can put them in your car or truck. A lot of new cars come with inverters as standard accessories.

Opening a Florida location (slated for early 2019) lends itself to a lot of growth opportunity. “Boating is a lifestyle there more so than any other region in the country,” Matt said.

Matt left MMD and worked for two different companies. One was Gibson Boats building fiberglass houseboats. The other was Forever Resorts overseeing boat and marine components manufacturing. Those experiences have been invaluable in giving him the tools necessary to stay competitive in a tough industry.

“I look back at my time away and don’t regret the move. If I hadn’t left, I would not have gained experience and knowledge in operations, manufacturing and business administration. Things that prepared me for my role today.

“Leaving equipped me to step into this role and to lead MMD to the next level,” Matt said.

Mark Knust owner and president of MMD approached Matt in the fall of 2015 about returning to MMD and running the company. They planned to continue talking after the first of the year. Matt didn’t expect the role to be thrust upon him.

“When Mark died unexpectedly in early January 2016, that expedited the whole process,” Matt said. When the founder, Rod Smith, died five months later, “it was tough; he was like a father to me.”

With the support and goodwill of the extended family, Matt and his wife, Shelly, moved back to Port Huron to continue the legacy of two great friends.

A Man on a Mission 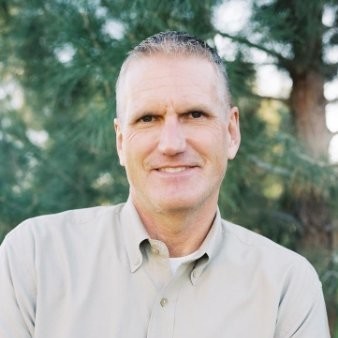 Matt’s mission is to harness the company’s technical expertise and its great reputation to reach more people and grow the business.

“I’m committed to reaching new markets with all the things that make Marysville Marine great — our technical expertise, our people and the great line of products we represent,” Matt said. “I want to be that company who cares, who listens and who helps.”

“Be humble, hungry and smart. Help people find what they need, go above and beyond, always look for the good in people and opportunities.

“Every day is a gift. No one’s guaranteed a tomorrow.”

Connect with Matt Harvey on LinkedIn.