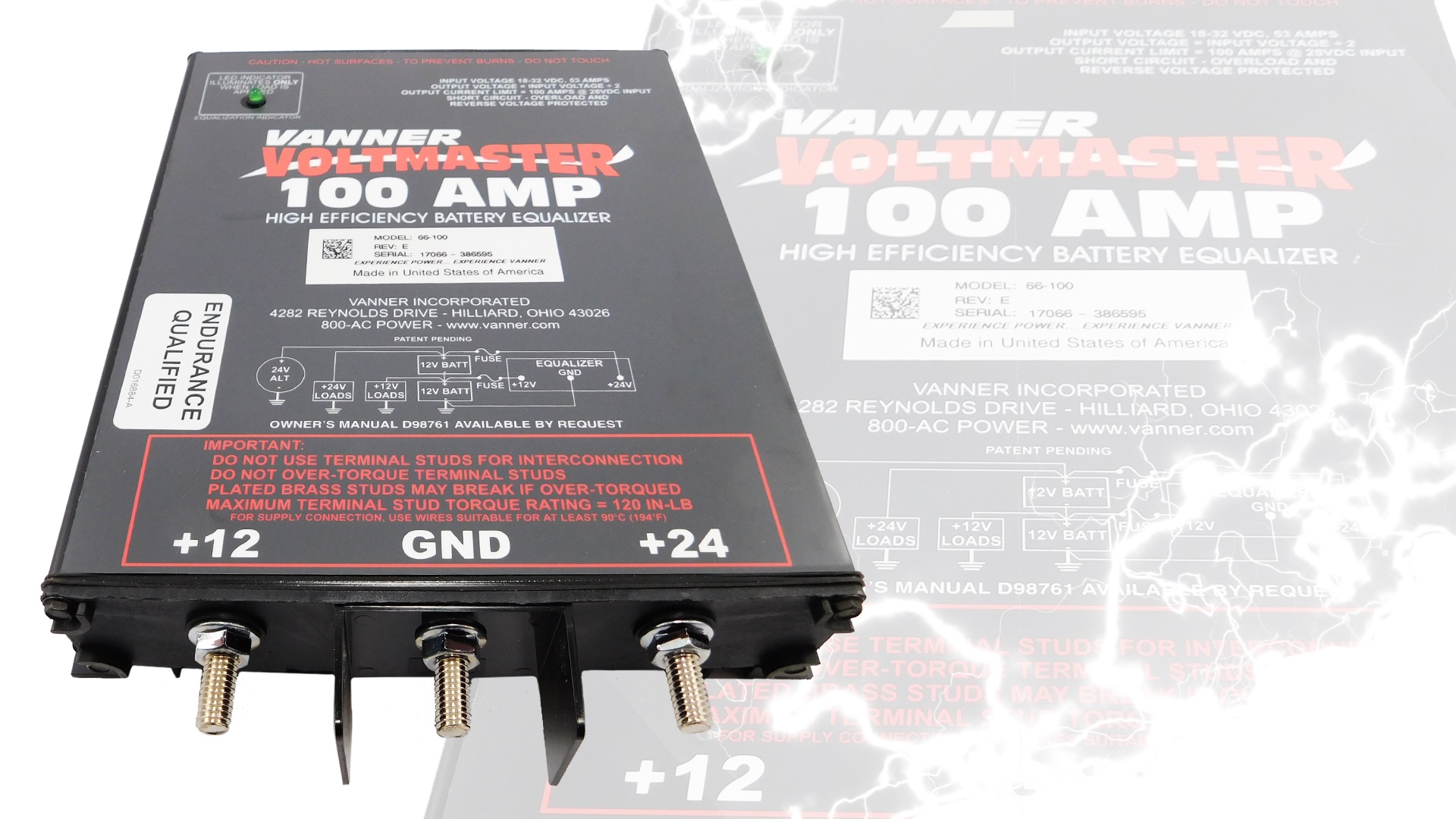 Deep-cycle battery banks are regularly recharged using a three-step charging algorithm (bulk, absorption, float). The bank is considered to be fully recharged at the end of the bulk stage, which uses a “gentle” high voltage charge that minimizes out-gassing. However, while battery ampacity may be substantially restored during the bulk stage, plates may not be fully desulfated, and the electrolyte may not be adequately mixed. Over time, these conditions lead to plate deterioration and reduced battery performance.

Battery equalizing (or battery equalization) is a periodic maintenance function primarily used for flooded-cell lead-acid (FLA) deep cycle battery banks. A higher-than bulk stage voltage is applied for several hours to vigorously agitate the electrolyte to complete desulphation and to stir up the electrolyte, equalizing its specific gravity from top to bottom. Applied periodically (~monthly) peak battery performance is maintained and battery life expectancy is improved. However, the battery bank usually out-gasses during this exercise, so the electrolyte levels must be monitored and batteries stored indoors should be vented to the outside.

Some RVs contain 24V electrical systems, where two 12V batteries are wired in series. This is a particularly handy configuration for efficiently powering large loads, especially via an inverter. However, some house loads (stereo, LED lights, etc.) may still be good old 12V items. When these loads are active, they typically discharge from a single battery, resulting in one of the series-connected battery’s state of charge being different from the other.

A battery equalizer is a device that is permanently wired into the RV’s electrical system. It can direct current from the second battery to help the 12V load battery power those loads, and it can vary charge current from the alternator to the two batteries. These two features help keep the battery states of charge “equalized,” resulting in better battery performance and longer life, and perhaps even preventing battery damage.

Give us a call at Inverter Service Center at 1-800-621-1271, and we’ll be happy to discuss battery equalization and battery equalizing purposes, procedures and products with you.